Adderall, the brand name for the combination of dextroamphetamine and amphetamine, is a well-known prescription medicine. It is often used to treat attention deficit hyperactivity disorder, or ADHD. Methamphetamine, or meth, is an illicit drug that can cause an intense, euphoric high and has very few medical applications.

These stimulants have some behavioral and physiological effects in common. However, there are some major differences in the ways they operate in the brain.

How Are Meth and Adderall Classified?

Of the major categories, both Adderall and methamphetamine fall under the classification of CNS stimulant. As the name might suggest, these types of substances both stimulate the user, and typically have a ‘boosting’ effect on mood and energy levels. 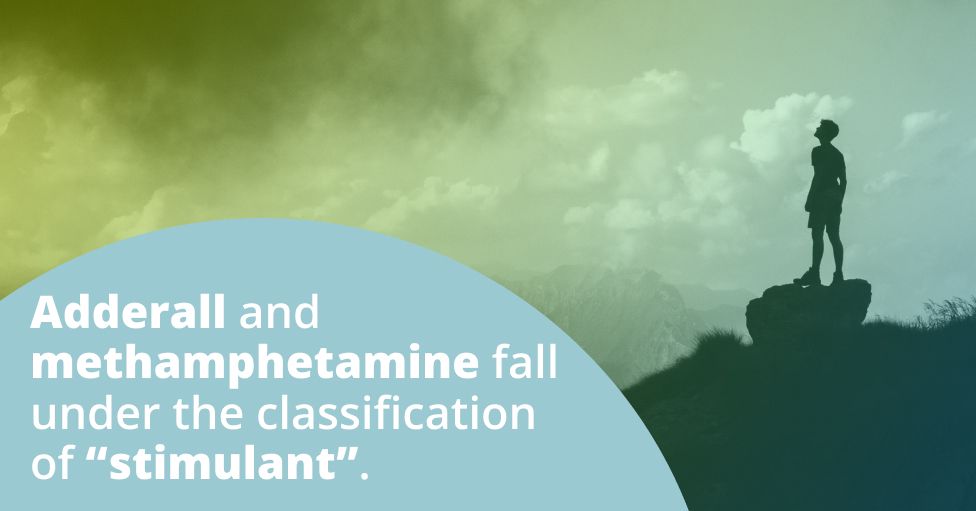 Adderall is most commonly used to treat medical disorders like ADHD and narcolepsy. Some of its common side effects include:

Meth, on the other hand, has little to no medical application. It is illegal to use recreationally, but individuals still seek it out to experience the intense high that it produces. Aside from strong feelings of euphoria and increased energy, individuals who use meth might experience these side effects: 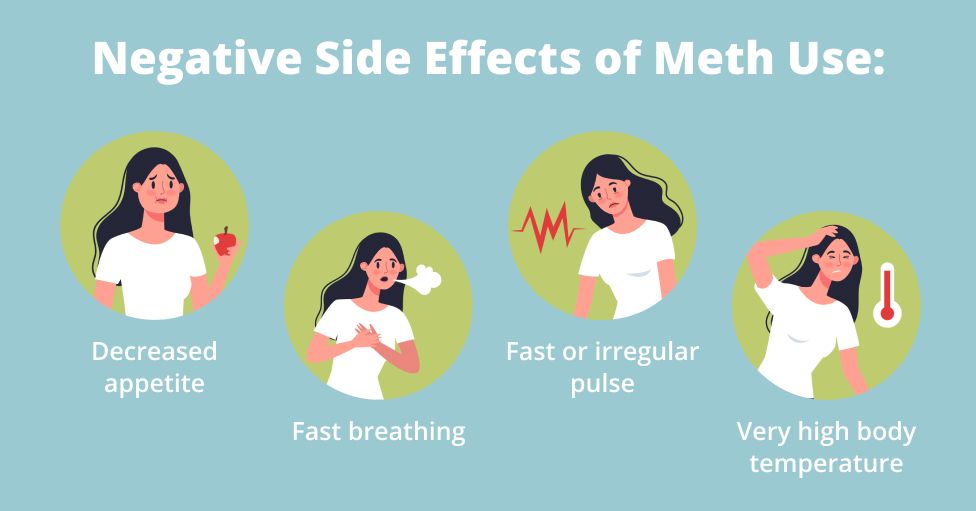 How Long Does Adderall Stay In Your System?

The half life of a substance is a measurement of how how much time it takes for it to be eliminated from the body. The longer half-life a drug has, the longer it remains in a person’s system. The half life of Adderall as well as meth is about ten hours. This means that the body takes about 10 hours to eliminate half of a dose of Adderall.

For context, if an individual were to take one relatively small dose size of 20mg of Adderall, 10 hours later, there would be around 10mg of Adderall in that individual’s body. For a dose of 20mg, this would mean that it takes about 1 and a half to two full days to completely eliminate all of the substance. The half-life of Adderall, meth, or any other substance is dependent upon only on the amount – not the method – of consumption.

Typically, Adderall is produced as a capsule, and taken in pill form. However, some individuals who abuse the substance may crush up the pills into a powder and snort Adderall. This method is similar to the most common way to consume meth, wherein users will crush up the crystals into a fine powder, and smoke or snort it.

Are Both Drugs Addictive?

Addictive potential is a crucial aspect of substance abuse to understand. Dependence can form for a variety of reasons, but the specific areas of the brain that are activated to cause addiction can vary from substance to substance.

While Adderall is intended to be used as a prescription medication, it is also labelled as a Schedule II controlled substance by the Drug Enforcement Agency (DEA).  Government and medical professionals alike recognize how amphetamine’s euphoric effects increase the potential for addiction. Unfortunately, this medication is not difficult to acquire on the street. Those who have a high Adderall tolerance  may seek more of the drug from illicit sources to gain more intense or more frequent highs.

Common signs of an Adderall addiction include: 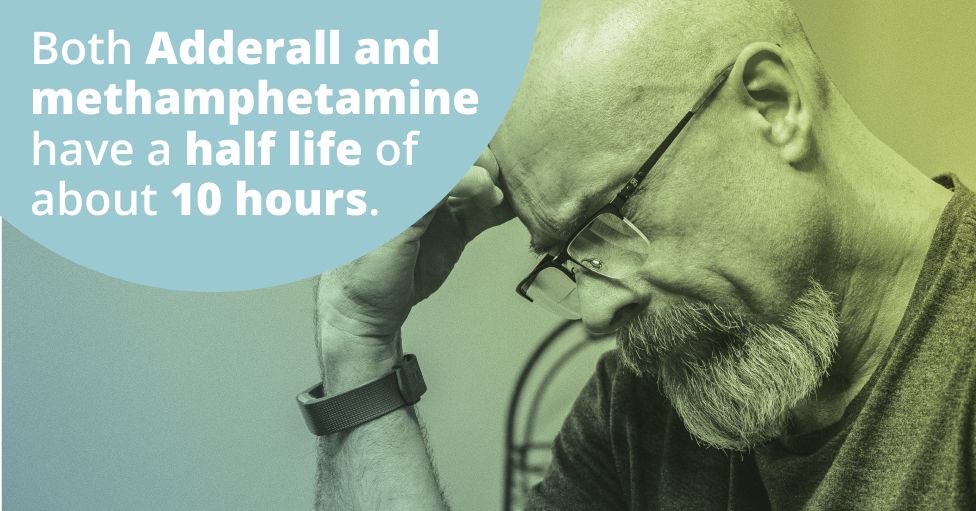 Meth has seen a minute amount of medical application in treating uncommon heart conditions, giving it a similar Schedule II drug classification as Adderall. However, it is illegal to consume recreationally due the fact that it is both more potent and has a higher addiction potential than amphetamine.

Meth addiction symptoms will likely mirror those listed above, though often at a faster rate of onset and greater intensity. In addition to that list, observable signs of meth addiction include:

So, Is Adderall Meth?

Don’t let the names fool you: Adderall (amphetamine/dextroamphetamine)
is a far cry from methamphetamine in terms of intensity and the damage it can do.  Meth is much more powerful, addictive, and harmful to human health than any prescription stimulant.

The substances share many traits in common, but it would be inaccurate to assert that they are versions of the same substance. Adderall, when taken with professional guidance, has demonstrated potential for beneficial applications in medication, where methamphetamine has earned a reputation of being one of the most destructive drugs ever created.

Both Adderall and meth addiction are serious conditions. Gone unchecked, a substance use disorder can lead to long term health and personal problems, overdose, and even death. If you think you or a loved one is suffering from an addiction, contact us today.

For more information on this topic, visit our Meth Addiction Resource Page.