Melatonin naturally occurs in humans as a hormone. The biological hormone and its synthetic counterpart both help induce sound sleep. The substance is potent, requiring only a small dose to be effective. However, melatonin has the potential to mix poorly with some drugs, like alcohol. Sometimes the combination can be risky, and since alcohol and melatonin are both legal substances, an individual may have a high chance of mixing them. As always, knowledge is key, and understanding how different substances react together in the body is crucial.

Melatonin, as a hormone, is responsible for controlling the cycle of sleeping and waking. As the sun sets, our bodies naturally begin to produce and release this hormone, resulting in a feeling of drowsiness. Before light-up screens and the abundance of artificial light, this process performed its purpose and helped people get to sleep when night fell. However, the recent rise of street lights, LEDs, and other artificial lighting devices have interrupted this natural cycle. In one study, patients’ hormone levels were observed to be interrupted from normal levels in an environment with artificial lighting. 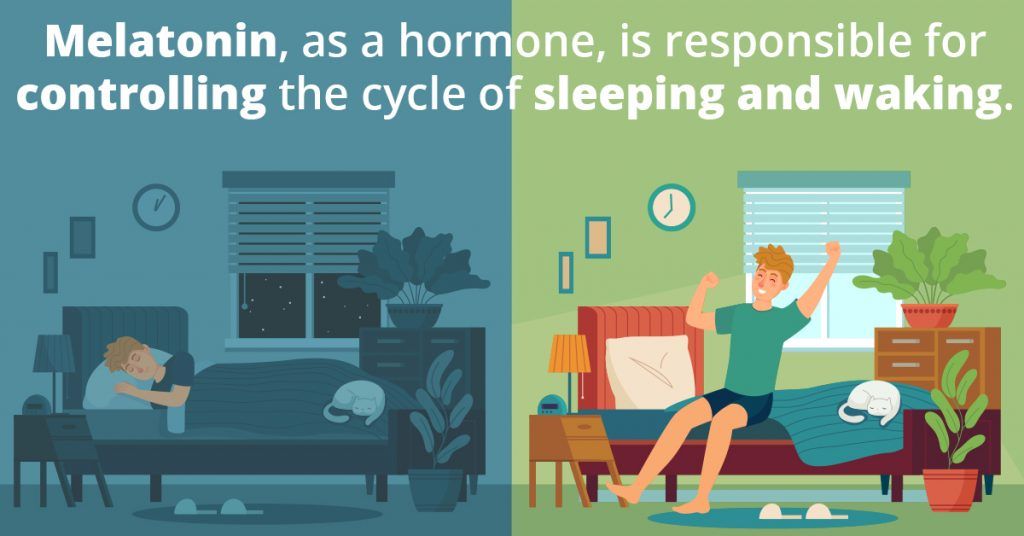 This interruption may help explain why melatonin has become so popular as of late. As technology becomes more and more prevalent, the light produced by more and more technology has taken a toll on the hormone levels in many people. This disruption in the natural balance of hormones in people may explain why the synthetic version has become popular. It is possible to obtain artificial melatonin at over-the-counter at pharmacies and superstores, and it doesn’t require a prescription.

Abuse and Addiction to Melatonin (& Alcohol)

Melatonin has been recorded to leave no negative effects on its users, both short and long term. Individuals also don’t develop a tolerance to melatonin, meaning that there’s no such thing as a melatonin withdrawal. Generally, melatonin as a supplement has next to no risk and its addictive potential is effectively nonexistent. Regardless, an individual with a history of family addiction should consult a doctor first.

Since melatonin naturally occurs in the body, the risk of an overdose on melatonin is low. However, one still needs to understand how much to take in order to experience the desired effect. Too small of a dose will have little to no noticeable effect, while too large of a dose can interfere further with sleep cycles. The effect will be different for each person. Since melatonin’s effect varies from person to person, it’s important to talk to a doctor or medical professional first if you think melatonin might be right for you. 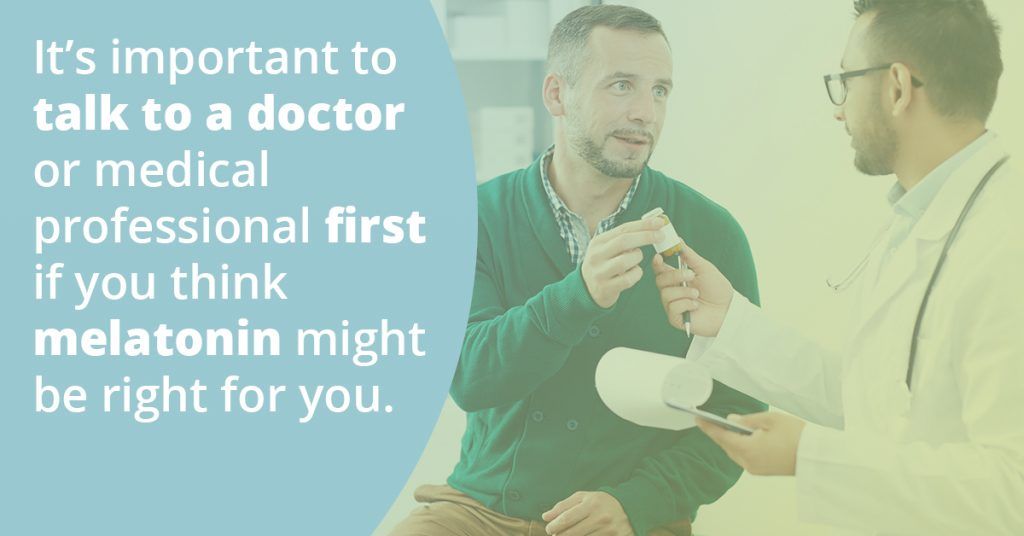 While no documented cases of an overdose on melatonin have been recorded, too much can still have some unwanted effects. Taking more melatonin than necessary can lead to a number of side effects, like vivid dreams or extreme drowsiness. Sometimes, taking too much melatonin can have the opposite of the intended effect and one may experience difficulty getting to sleep. Some other effects of too much melatonin are:

Alcohol acts as a depressant on the nervous system. When an individual consumes alcohol, the substance sedates their body. In many scenarios, alcohol seems to have a similar effect on the body as melatonin. Both substances make the user drowsy, and slow down other body processes. Taken together, however, is a dangerous combination and is never a good idea.

While some may take alcohol to help them sleep, it also causes stress hormones to be released, resulting in restlessness while sleeping. Alcohol can also prevent the production of melatonin in the body. This, together with the depressant effect already present from melatonin, can yield a potentially dangerous mixture. If you regularly take melatonin or need it to get to sleep, health professionals recommend you wait two or three hours after you’ve stopped drinking to take melatonin. The combination can be deadly, so it is always better to err on the side of caution. 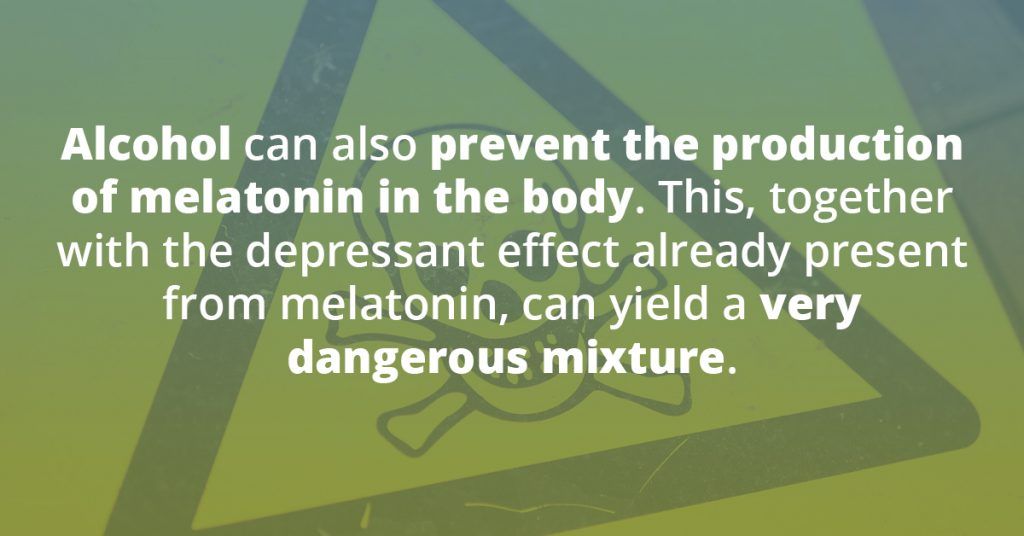 The Sum of the Substance

So, melatonin by itself is generally harmless. It helps individuals get to sleep easier, and melatonin has not been shown to be addictive, or dependence-developing. Similarly, people may use alcohol to get to sleep quicker. However, alcohol also leads to more restless sleep. The danger comes when the two are mixed. Like with a number of other drugs, mixing melatonin with alcohol can have devastating effects. Since both are sedatives of a sort, their compounded effect on the body can be catastrophic.

Alcohol remains the most abused drugs in the world, and its interaction with other substances is rarely positive. Also, since alcohol use is so common, it is often difficult to identify abuse over addiction. Since alcohol interacts negatively with so many other drugs, it can be a very dangerous habit. It is very important how alcohol interacts with any drugs that might potentially mix with it. Communicating with a medical professional is generally the best way to do this. Any individual suffering from an alcohol addiction is at risk. If you think you or a loved one is struggling with an addiction of any kind, please contact us today.