Prednisone is the generic name for a class of medications known as “corticosteroids” (or just “steroids”). Some common brand names for Prednisone include Deltasone, Meticorten, and Orasone. Medical professionals prescribe Prednisone to treat a variety of conditions, from immune system disorders to severe allergies to nerve pain like arthritis.

When taken, Prednisone decreases the activity of the body’s immune system. While this may sound dangerous and risky, some conditions are caused by an overactive immune system, and Prednisone’s effect improves these conditions. Prednisone effectively causes less inflammation and moderates how active the immune system is.

Like most prescriptions, Prednisone comes with some side effects. While generally unpleasant, they’re not particularly threatening. Any of the following could be caused by taking Prednisone:

However, some serious side effects can occur from use. These symptoms typically signal a poor reaction, and should warrant a call to your doctor. 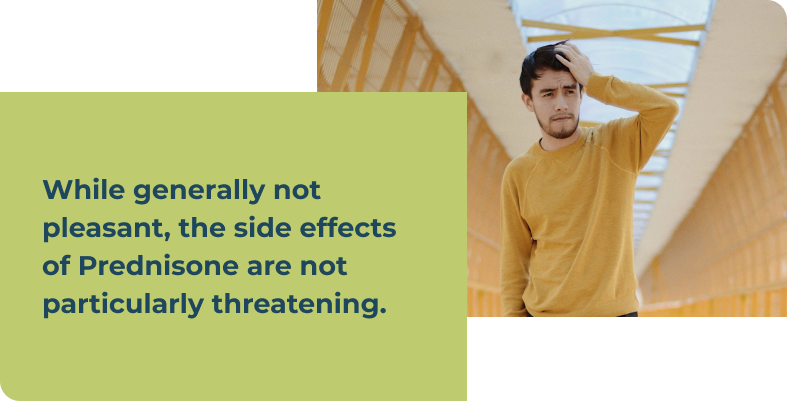 Prednisone has almost no potential for abuse. There have been a few recorded instances, but since Prednisone doesn’t have any particularly alluring effects or any type of high, people are unlikely to abuse it.

The most common reason people develop a dependence on Prednisone is due to experiencing withdrawal symptoms when they stop taking it. Beyond this, it is difficult to pin down exactly why someone might abuse Prednisone.

Prednisone withdrawal usually won’t happen with a prescription and continued medical guidance as doctors will taper a patient off of the substance as necessary.

While also rare, overdose on Prednisone is possible, though unlikely to be deadly. Agitation or a change in mental status, seizures, and burning skin are all symptoms of overdose. 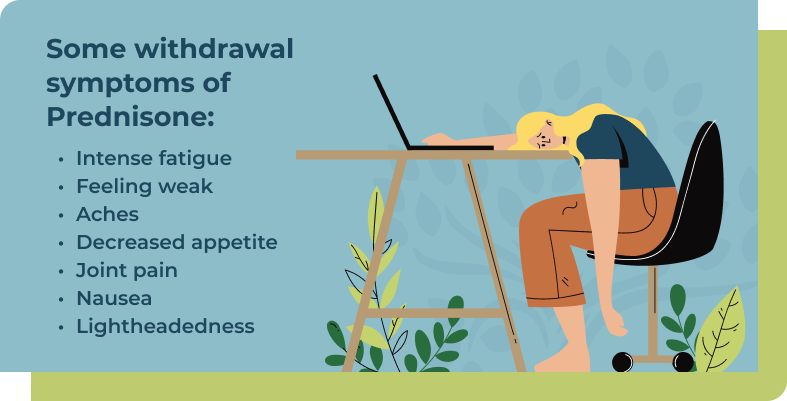 Mixing Prednisone and alcohol most often happens when a person forgets that they had taken a dose recently. Sometimes, however, people intentionally combine substances in order to increase the effects of either substance.

In any case, combining multiple substances can be dangerous. Alcohol’s own effects are depressive in nature, and decrease body processes. When mixed with other substances in the body, uncomfortable, dangerous, or even deadly reactions can occur. Prednisone is unlikely to cause severe interactions with alcohol in the body, but there are many other substances that can be incredibly dangerous to mix.

Mixing Alcohol With Other Substances

Known as polysubstance abuse, alcohol consumers still sometimes drink and ingest with another substance (usually drugs or medications) to achieve a stronger or different effect from both.

The other drugs can turn even minimal alcohol consumption from harmless to deadly as the effects of a given mix varies from person to person. This makes combining alcohol with other medications or drugs dangerous. It’s a good idea to avoid alcohol while on another medication or drug.

For instance, a substance like Xanax or a painkiller opioid has a depressant effect on the body and decreases the body and brain’s activity. Thus they can mix very poorly with alcohol since it is also a depressant.

Alcohol generally results in a calming effect and relaxes a person when drunk. In high doses, it can even cause unconsciousness or blackouts. When this is combined with a medication like Xanax or an opioid the effect of both are increased, resulting in life-threatening symptoms such as a decreased heart rate and extremely slow breathing. 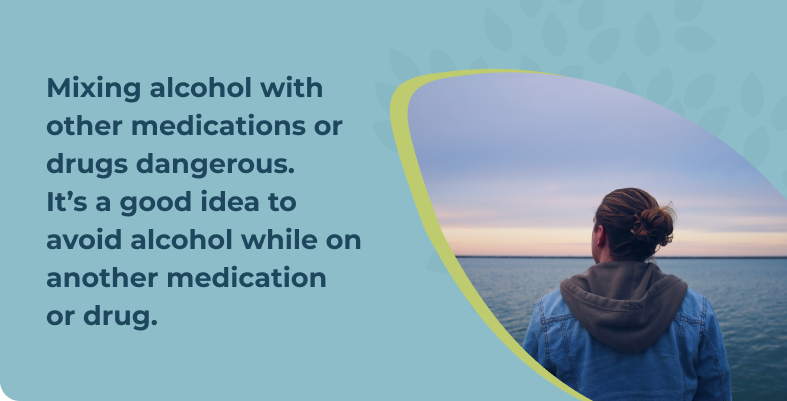 While Prednisone may not be a common target for substance abuse, there are many drugs out there that are. Mixing any substance with alcohol can be dangerous or even deadly, and the risk of an overdose is ever-present when abusing a substance.

If you or a loved one is abusing a substance or may be addicted, contact us today. The first step toward lifelong recovery is only a call away.