Why Do People Drink Alcohol?

You’ve no doubt heard the statistics and seen all the warnings about alcohol consumption – both moderated and extreme. The risks, side effects and stories of regrets can beg a perfectly rational question: why do people drink alcohol?

As one of the most widely used substances in the world, alcohol often takes the role of a ‘social drug’. However, the substance is addictive, and too much for too long can have devastating effects on the body and others.

So, Why Do People Drink Alcohol?

No matter the motivation, too much of the substance can lead to some serious consequences. And consumption that develops into an addiction can cause many health complications.

Alcohol’s Effect on the Body

Like so many other drugs, alcohol can cause some serious side effects, some of which might be permanent. There are also other risks involved in drinking, like driving under the influence (DUI), or engaging in dangerous behavior. While people feel alcohol’s effects in different ways, consuming it always has an impact on the body.

When consumed, alcohol is absorbed through the stomach, and its effects are felt as early as one hour. It then makes its way into the bloodstream and reaches the brain, where it disrupts message-sending pathways. It can interfere with the chemicals responsible for feeling happy and satisfied, and also with neurotransmitters that cause one to feel drowsy or relaxed. 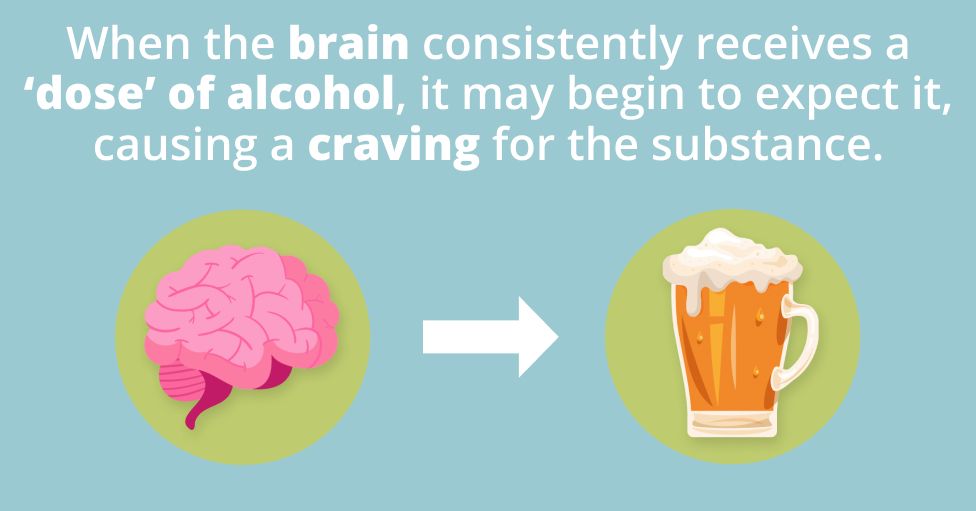 The chemical interactions described above are often the primary cause of addiction. While the other physical feelings associated with alcohol may not be addictive, the brain’s specific response to alcohol can lead to a dependence.

When the brain consistently receives a ‘dose’ of alcohol, it may begin to expect it, causing a craving for the substance. Further, the tolerance that builds with continued use forces individuals to consume more and more alcohol in order to resolve the craving.

For some, identifying an addiction may not be easy. Oftentimes a dependence on alcohol develops slowly, and an individual may not realize they have a problem because its use has become a regular part of life.

Arguably the most common place where alcohol use occurs is in parties, bars, and other social gatherings. In these scenarios, drinking might be as natural as listening to music, or chatting with others. However, too much too quickly or too often can lead to an unhealthy dependence. 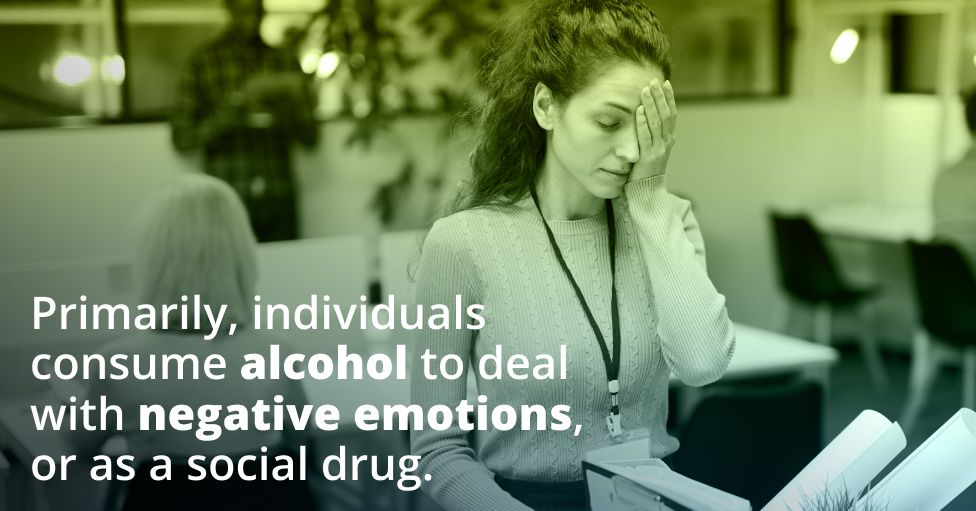 A dependence to alcohol can be generally classified as an addiction to ethyl alcohol, or ETOH for short. ETOH abuse can be avoided by drinking responsibly, and knowing when to stop. The trouble arises when drinking alcohol becomes more than just a thing to do at parties or gatherings.

When the craving to consume alcohol advances into a habit, there’s a high risk a dependence has formed.

It is very common for people to use or abuse alcohol along with other addictive substances. In part due to its worldwide popularity and ease of access, many individuals mix alcohol with another substance to experience both drug’s effects simultaneously. This practice is known as polysubstance abuse, and can further complicate a substance abuse disorder.

A dependence on alcohol might seem like a tamable thing at first, but as tolerance increases, so too do the risks. An addicted individual might not think they have a problem, but the truth is that alcohol addiction can be just as serious and life threatening as any other substance abuse disorder.

Withdrawal makes addictions particularly difficult to quit. If an individual quits ‘cold turkey’–or abruptly ceasing to ingest the alcohol–they may experience serious withdrawal symptoms, which vary in severity by substance and addiction level. Intense cravings for any addictive substance are almost always present when attempting to quit in this manner.

Individuals who experience withdrawals without guidance or support might find it incredibly difficult to keep from relapsing. This is why recovery centers employ careful procedures, and help the individual know what to expect.

Speaking with an alcohol counseling professional is one proven way to address the underlying causes of addiction and help recovering individuals thrive in life without the substance.

Because the cravings for alcohol can persist even after overcoming an addiction, having a supportive community of both professionals and peers can greatly improve the likelihood of life-long sobriety.

Alcohol abuse may seem harmless at first, but it can worsen over time. It is crucial to reach out as soon as you notice a problem. This will minimize the risk of long-term health impacts.